The Danger Of Concussion In Sport

The new movie Concussion, starring Will Smith, has put collision-based sports like football back into the spotlight. As dentists, we’re keen for athletes of all ages to be aware of the dangers of concussion and the associated but less well-known condition Chronic Traumatic Encephalopathy or CTE. 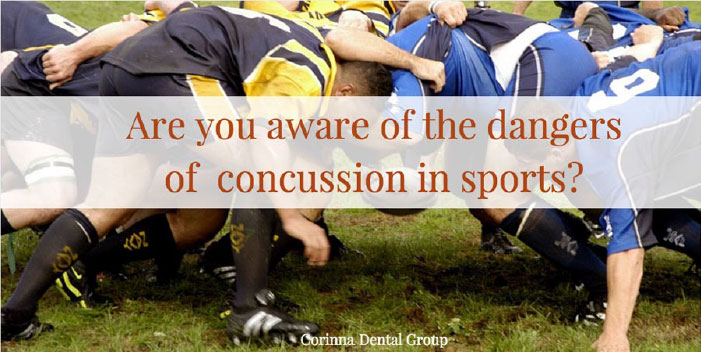 As the winter sports season approaches, the film’s release here in Australia on February 18, 2016, is very timely.

Concussion” was released in North America in December 2015 and was very well received, especially because of the wonderful performance by Will Smith. He plays Dr. Bennet Omalu, the Nigerian-born forensic pathologist who discovered the Alzheimers-like brain damage that he named CTE (Chronic Traumatic Encephalopathy) and who fought against the NFL (National Football League) when they tried to suppress his research.

Besides the great performances and strong storyline, the movie has also been praised for its impressively timely subject matter: brain damage suffered by professional football players, the long-term effects of repeated blows to the head.

The movie has some really terrifying scenes, especially for the parents of kids who play sports which are identified by the Australian Dental Association as being high risk for receiving traumatic injuries to the head and face (football, hockey, boxing). The film portrays that the price of playing football is receiving such injuries, a horrible thought for parents, coaches and managers.

Will Smith’s character said in the movie, “Football killed Mike Webster”. As a parent, you surely don’t want to hear that, particularly when your kids love playing football.

What’s The Difference Between Concussion And CTE?

It is the repeated, minor head trauma so common in sports like football that appears to lead to CTE. On the other hand, more violent impacts tend to lead to the immediate effects we know as concussion.

CTE is a degenerative condition of the brain, and the dementia-like symptoms appear slowly over time. A concussion injury is often diagnosed immediately or shortly after the blow that has caused it.

Isn’t CTE A Problem That Only Affects Professional Athletes?

Sadly, no. While the movie focuses on professional NFL footballers, the condition is not limited to professional players. Recent studies found that CTE has also affected people who have played football and other sports like hockey and boxing in their colleges and high schools.

Dr. Omalu, the doctor who discovered and named CTE, is very concerned about young athletes participating in at-risk sports. He has recommended that children under the age of 18 should not play:

“Our children are minors who have not reached the age of consent. It is our moral duty as a society to protect the most vulnerable of us. The human brain becomes fully developed at about 18 to 25 years old. We should at least wait for our children to grow up, be provided with the information and education on the risk of play, and let them make their own decisions. No adult, not a parent or a coach, should be allowed to make this potentially life-altering decision for a child.” 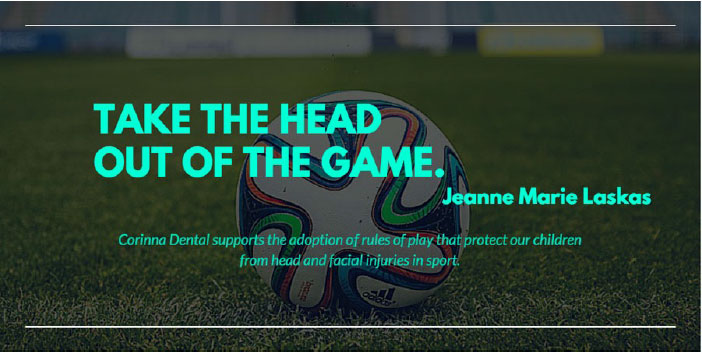 The author of the book on which the screenplay was based takes a less controversial stance. Jeanne Marie Laskas has been quoted as saying we should “Take the head out of the game.” He argues that, no matter what type of protective headgear is worn, the anatomy and physiology of the skull means that some degree of brain injury will always occur during an impact. He believes that the rules of the game must be changed to ensure that the head and brain are not injured during play.

How Can We Protect Our Kids From Concussion And CTE?

We truly hope that our all of our kids, from the youngest players to the under-18s, will be able to keep playing sports they enjoy, including high-risk sports like football and hockey.

But we do think it’s important for parents, team managers and coaches to take a strong stance on injury prevention. The athletes need to be educated about prevention of head injuries. We believe there needs to be a two-pronged approach.

If young players are currently at risk to long-term brain injuries because of the way their game is being played at the moment, then the rules of the game need to be changed to protect them.

Bone-crunching impacts on professional sports fields might make our elite players seem like invincible gladiators, but we worry about the glorification of these football (and other sporting) heroes and how this influences the way our juniors play. We echo Dr. Omalu’s concerns about young athletes (and their parents) being unaware of the potential for long-term damage.

We don’t allow our young people to drink alcohol or use tobacco products because we know these have a poor long-term effect on their health. Protecting children from head injuries, including the minor ones that can eventually lead to CTE, seem to us to fall into the same category.

Are we saying kids shouldn’t play football or hockey? Absolutely not! But we think there are now some very convincing reasons to change the rules of play to minimise the risk of brain damage for all players of every level until they are old enough to understand the risks and make their own decision.

We also think that any professional player who deliberately hits another player in the face or head should be removed from the game for good. 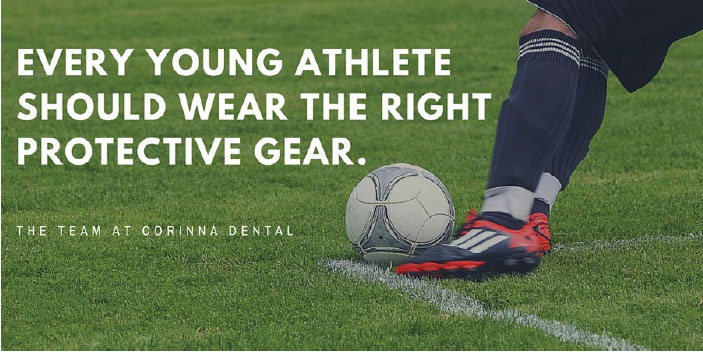 In some codes, it’s mandatory to wear protective gear designed for the sport. We equip our kids (and ourselves) with shin pads and leg guards, helmets, face masks, shoulder pads, chest protectors, gloves, the good old cricketing cup or box and mouthguards.

We’ve written elsewhere about how important it is for a mouthguard to fit well and be well-constructed. The Australian Dental Association explains that properly fitted mouthguards: 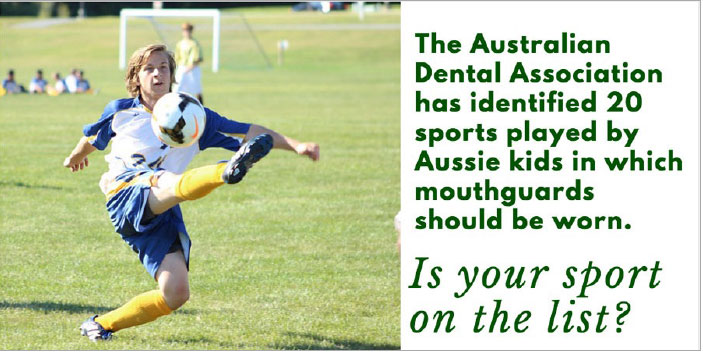 It’s important for parents to know that football and hockey, which seem to be the sports most cited as being high-risk for receiving traumatic blows to the face and head, are just two of the 20 sports that the Australian Dental Association thinks we need to be concerned about. The tell us that we should protect all athletes who play in collision sports where unexpected contact often happens.

According to the Australian Dental Association’s Mouththguard website, only 36% of the children aged 5-17 years wear a mouthguard during games, including high-risk games like football or hockey. This is alarmingly low. As a parent, team manager or coach, it is our responsibility to not only educate our kids about the necessity of using protection like mouthguards, but to make sure that they are wearing them for training as well as games.

Why Are Custom-Fitted Mouthguards Better?

The Australian Dental Association (ADA) strongly recommends wearing a custom-fitted mouthguard to ensure maximum protection in at-risk sports. They explain that over-the-counter mouthguards do not provide enough protection against injuries to teeth, the mouth or jaw.

Custom-fitted mouthguards are only available from your dentist.

We encourage every parent, coach and team manager to watch the movie ‘Concussion’. We hope that it will start many conversations about safety in sport, and that it will raise awareness about CTE, concussion and effective prevention of both, especially in our young players.