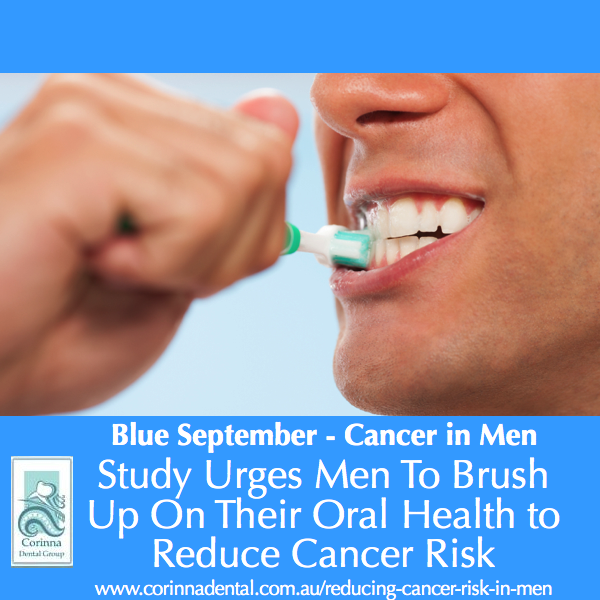 According to 2010 statistics of Cancer Australia, more than half of newly discovered cancer cases occurred in men. The most commonly diagnosed cancers were prostate cancer, bowel cancer, and lung cancer.

It is important to know that at least one in three cases of cancer is preventable. Did you know that one of the ways cancer can be averted is by taking care of your oral health?

In a 2008 study undertaken by the American Academy of Periodontology, it was found that gum disease may actually play a role in the onset of cancer.

The study suggests that taking care of one’s oral health, as well as maintaining a healthy lifestyle such as quitting smoking, reducing alcohol intake and eating a balanced diet, are some of the ways to prevent men from developing this disease.

As always, prevention is better than cure. Daily brushing and flossing and regular visits with a dentist can help tremendously in maintaining healthy gums. Dentists can also perform oral cancer screening. Remember,early detection is important.