A group of researchers in the US is said to have found a way to make a decayed tooth partially repair itself. The procedure: using a laser beam.

Decay generally starts on the tooth enamel, the strong outer coating of the tooth. Enamel is the hardest substance in the human body, so it takes some time and effort for decay to establish a cavity in enamel. Once it has been established, the cavity moves relatively slowly through the enamel and then meets the next layer of tooth, a hard but porous tissue called Dentine. Since dentine is softer and more porous than enamel, the cavity grows rapidly once it enters the underlying dentine. 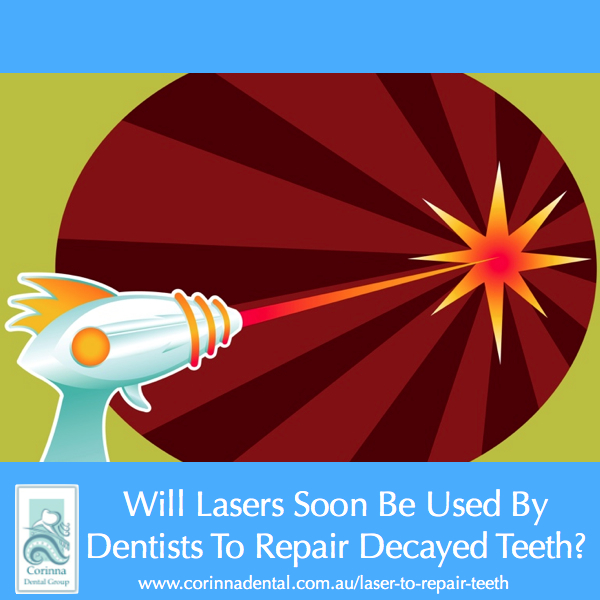 Until now, teeth have not been able to repair themselves, since the cells that produce the enamel don’t remain on the enamel once the tooth is in the mouth, and the cells that make dentine are deep inside the tooth, in the pulp (nerve) and can only grow more dentine inside the nerve chamber. So dentists repair cavities by drilling out the decayed and damaged enamel and dentine, and closing up the cavity with a filling material.

A Harvard University-led team of scientists performed an experiment on rats to see if they could stimulate the development of new dentine inside an artificially created cavity. First, they anaesthetised the animals and made a small hole in the dentine. Next, they used a low-power laser on the tooth for five minutes.

After 12 weeks, new dentine had been formed.  Researchers explained that the laser procedure triggered stem cells inside the tooth to regenerate the dentine tissue. Stem cells serve as an internal repair system—they divide without limit as long as the person (or animal) is still alive.

While this procedure has great potential in helping the dentine to regrow, the enamel is located too far away from the stem cells and cannot be regrown.

In 2012 a similar study conducted research on stem cell therapy for oral injuries. This latest research is another exciting development for dentistry, but may take many years until a safe clinical application is developed.

Read more about the study here: