What Are Receding Gums?

This term refers to a situation where the gums have moved towards the root, exposing the neck of the tooth. This is a part of the tooth that is not covered by enamel, and is therefore simply dentine. Dentine is a hard substance that forms most of the tooth: it contains tiny nerve endings, which makes it sensitive to cold, sweet, hot and touch. It is also more yellow than the enamel that covers the top portion of the tooth (the crown). 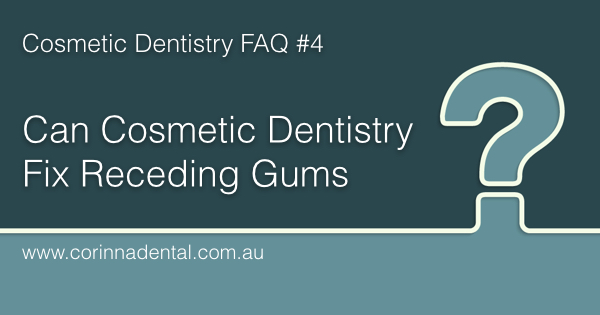 It is sometimes possible to mask minor gum recession with a cosmetic dental procedure. However, if gum recession exists, it’s important to have the problem properly diagnosed and treated. Gum recession is often a sign that there is periodontal disease (gum disease) around it, which puts the tooth at risk of being lost. Sometimes it occurs as a result of heavy tooth grinding, which also often needs treatment.

Often Periodontists (specialists in the care of gums and the bone that support the teeth) are able to perform surgical procedures that can cover the roots of the teeth that have been exposed by receding gums.