Exercise is Bad…For Your Teeth?

It’s widely assumed that exercising is generally a good thing, something to be encouraged, so we were surprised to come across a recent study in Germany which proposed that exercise may have a negative impact on oral health. 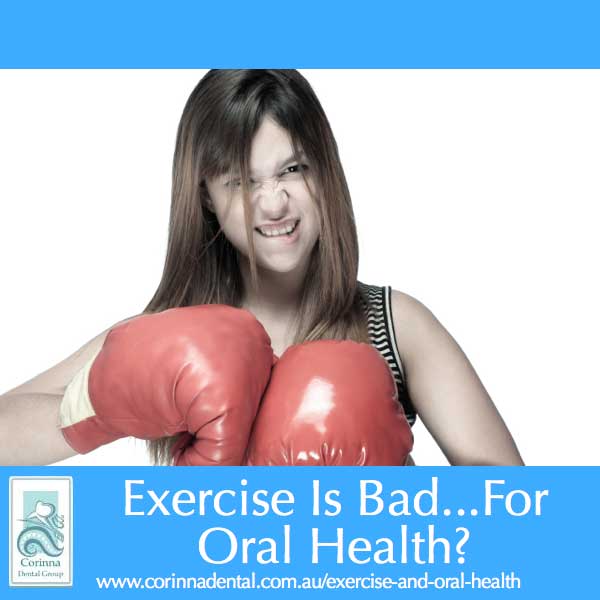 In a study published in the journal Scandinavian Journal of Medicine & Science in Sports, German researchers examined the oral health of 35 athletes and 35 non-athlete participants of the same age and gender by comparing their teeth and their saliva. Results showed that when athletes ran for about 35 minutes, they had drier mouths and their saliva become more acidic. A dry mouth or an acidic residue in the mouth can lead to dental disease, and this seems to be upheld in this study. Researchers noted that the more hours an athlete spends working out, the more likely the athlete is to have cavities.

Interestingly, researchers did not find correlation between consumption of sports or energy drinks (which are often very acidic and sometimes laden with sugar) and poor oral health of athletes.

“We had thought sports drinks and nutrition might have the most detrimental influence on dental decay. Instead, it was the changes in saliva during exercise that differentiated the athletes’ mouths from those of the control group. Since saliva has a very protective function for teeth, having less of it or a chemically different version during exercise could be problematic,” dentist-researcher Dr. Cornelia Frese said.

The researchers said that the study was a small and a short-term one, focused on ‘hard-core’ athletes,  and may not represent the oral health risks that most people would likely experience from exercising.

Data collected about athletes at the London Olympic Games certainly showed that there were many elite athletes who had very poor dental health- you can see that data here: http://www.ncbi.nlm.nih.gov/pubmed/24068332.

It will be interesting to watch this area of investigation unfold! In the meantime, we suggest that you don’t hang up your trainers just yet because regular exercise has been proven to have many health benefits.