In this article Corinna’s Canberra explores the large, inner-south suburb of Yarralumla. This established area extends along the south-west bank of Lake Burley Griffin and is around 3.5 kilometres south-west of the city. In Griffin’s original plan for Canberra, Yarralumla was conceived as a waterfront feature and the neighbourhood itself was designed with two specific priorities in mind: setting and accessibility. The intention was to provide a high-quality ‘horticultural suburb’ as well as a ‘society suburb’. You can read more about this here.

The development of Yarralumla as a suburb began in 1922 and it was first gazetted as a Division name on 20th September, 1928. Its name is derived from an Aboriginal place name, meaning “echo”, which has been associated with this area since it first appeared on surveyor Robert Dixon’s map in 1829. Yarralumla has a rich history and you can read more about this here. Most of the streets of Yarralumla are named after former governors and botanists. For example, Dunrossil Drive, the main street leading to Government House, was named in honour of Viscount Dunrossil, who was Governor General from 1960 to 1961 and died at Government House.

Walter Burley Griffin designed this beautiful part of Canberra with a strong vision in mind. He wanted the neighbourhood to boast a bustling business centre dominated by an urban waterfront and promenade; yet his intention for it was to be balanced by its many landscape features and the adjacent bushland setting including areas such as the Black Mountain Peninsula and Weston Park. Today, Yarralumla does resemble the plan Griffin originally intended, even though the residential component of the area has certainly grown.

Yarralumla is home to many community facilities. There is a wonderful local shopping centre located on the corner of Bentham and Novar Streets, as well as churches, schools and recreational attractions. It is also home to more than 20 Embassies including India, Indonesia, Greece, France and Finland. Worth a mention is Weston Park: long-time Canberra residents will recall the days when it had three large tree-houses and a miniature railway, and later, a large maze to conquer. This popular green space now includes swimming areas, children’s play equipment, wading pools, and is a popular place for barbeques on the weekend. More recently the old site of the miniature railway has been converted into two mini-golf courses, each one Canberra-themed, featuring landmarks such as the Telstra Tower and Canberra Stadium.

There is an off-lead dog park nestled amongst the trees close to the Nursery. Owners can bring their pooches to play with other dogs in one of two enclosures. Being Canberra, it’s amazing how often you bump into people you know in this doggie playground. Nearby cafes cater to the four-legged crowd with water bowls to enjoy whilst their owners enjoy a post-play coffee. 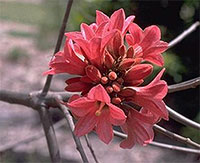 Yarralumla’s Nursery has an interesting history. It was established in 1911 in Acton when it was realised that the nation’s new capital would need access to a plentiful number of locally-grown trees and shrubs in order to achieve Burley Griffins vision of a Garden City. The Nursery was moved to its current location in 1914. Parts of the original holdings are now known as Weston Park (named after Thomas Weston, the nursery’s first Superintendent) and Westbourne Woods (now the Royal Canberra Golf Course). Canberra has enjoyed the benefits of the fifty million plants that the Nursery has produced in its 100-year history.

Yarralumla is an appealing suburb offering Canberra residents and visitors a comprehensive range of historical, recreational, scenic and tourist attractions. Popular for its scenic streetscapes, mature gardens, proximity to the Parliamentary Triangle, and Lake Burley Griffin, it is certainly worth exploring if you are ever in the area.