It’s nearly the end of the year! Which means we have so far “toured” you around Canberra via our Corinna’s Canberra suburb features about 16 times!

We continue our virtual tour of our neighbours with another suburb in the spotlight: Symonston. 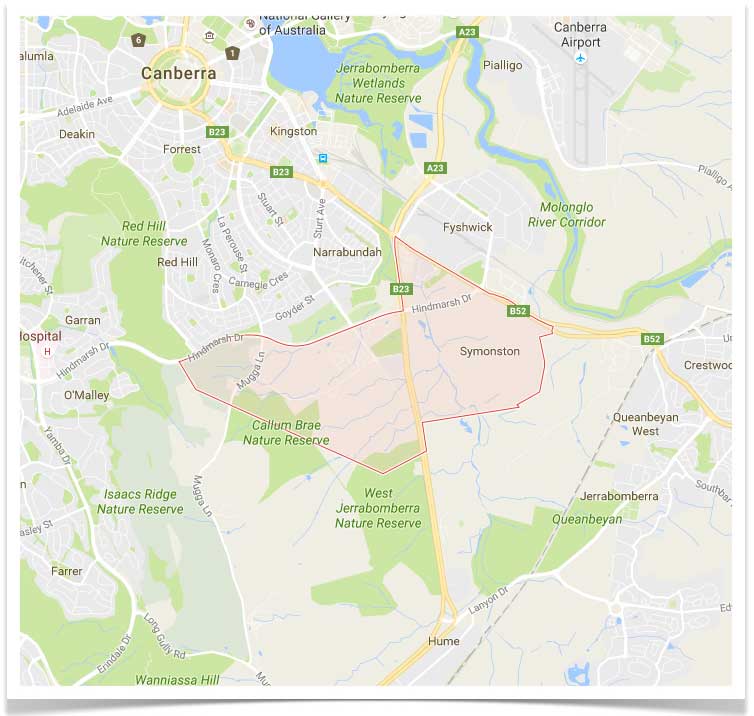 Symonston is located 8 kilometres southeast of ACT’s capital city of Canberra. It is surrounded by the suburbs of Fyshwick, Narrabundah, O’Malley, and Hume.

Symonston has historically been a rural area with government industrial installations, the most prominent of which are the corrections facilities.

Let’s get to know more about Symonston, its history, its people and other facilities and features in this Corinna’s Canberra feature.

Symonston is named after Josiah Henry Symon, one of the founders of the Constitution. The suburb was gazetted on 20 September 1928.

Symonston has traditionally been a broadacre area, with lands suitable for farms practicing large-scale crop operations. With the release of the Canberra Spatial Plan, Symonston has been denoted as employment corridor to Canberra Airport and Fyshwick, which is the retail and light industry suburb of Canberra. 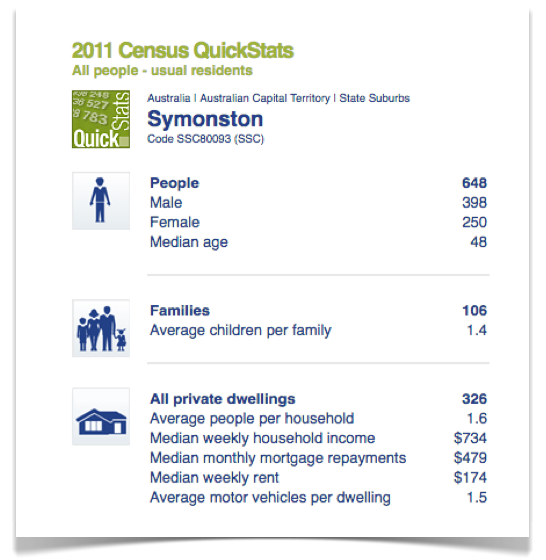 Top industries of employment in Symonston are Defence, accommodation, and Central Government Administration. The most common occupations in Symonston included technicians and trades workers (17.4%), labourers (16.1%), and managers (13.8%).

Symonston is home to the following government institutions:

Census mentioned that Symonston’s second industry of employment is accommodation: that is because the suburb has three caravan parks: Canberra South Motor Park, Sundown Village and Narrabundah Longstay Caravan Park

Symonston is also home to one of Canberra’s historic sites, the Mugga Mugga Cottage. Located at 8 Narrabundah Lane, the cottage stands as a testament to the lives of the families who worked on one of the great pastoral estates of the Limestone Plains.

Built in the 1830s for the head shepherd of Duntroon (Robert Campbell’s Estate), the cottage has been conserved and furnished with household items that belonged to the Curley family who moved to Mugga-Mugga from Duntroon in 1913. (http://www.historicplaces.com.au/mugga-mugga-cottage/about)

Corinna Dental’s Brindabella practice is around 10 kilometres away via Monaro Highway.