It may surprise you to know that Manuka is not actually an official suburb of Canberra; rather it is the name of the area that covers parts of Griffith and Forrest. A precinct in the Inner South district of Canberra, it is named after Manuka Circle, the street which forms the area’s northern boundary. Manuka Circle is named after the New Zealand tea tree Leptospermum scoparium (commonly called mānuka myrtle or tea tree) (Source: Wikipedia). 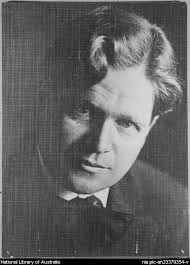 Walter Burley Griffin created his plans for the area in 1912 when there was some optimism that New Zealand might join the Federation of Australia. Griffin’s plans included eight avenues extending from Capital Hill named after the capitals of the six states, the capital of the Northern Territory and the capital of New Zealand. Additionally, his plan was to terminate the state capital city avenues with a park named after the generic botanical name for a native plant from that particular site. Accordingly, Wellington Avenue was to terminate at Manuka Circle, which encircled Manuka Park. You can read more about this here.

Early Manuka was intended to be a business district and so business allotments for Manuka were included in the first auction of city leases in December 1924 (Source: Act For Everyone). At the same time leases were sold in the city, Braddon, Kingston, Forrest and Red Hill. This was done in the absence of Sir John Sulman, the chair of the Federal Capital Advisory Committee who later disapproved of the decision. It was always Sulman’s intention that Manuka be the principal commercial centre on the southside of the ACT.

Today, Manuka has much to offer its visitors. The area hosts great dining, boutique shopping, sporting events, the arts, and cinema. The Manuka Swimming Pool is an Art Deco public swimming bath which still boasts its original facade and fittings. You will also find Telopea Park here as well as the Canberra Glassworks, and the Old Bus Depot Markets in Kingston. Other historic landmarks in the Manuka area include St Christopher’s Cathedral, St Paul’s Church, and the Capitol Theatre.

Manuka is also very well known for its annual cricket match. Every January, Manuka Oval hosts the annual Prime Minister’s XI Cricket Match against a touring international team. Manuka Oval is also know as Star Track Oval during the Australian Rules Football season. This stadium is home to many cricket and football events throughout the year. You can find out more about this here .

There are many reasons to visit this wonderful area. Manuka offers much to see and do for everyone.