In the district of Woden, you’ll find the lovely nature-filled suburb of Isaacs. Isaacs is neighboured by the suburbs of O’Malley, Mawson and Farrer.

Isaacs is named for the Chief Justice and first Australian-born Governor General Isaac Isaacs. Isaacs’ parents Alfred, a Russian-Polish immigrant in London and London-born Rebecca, emigrated to Australia in 1854 during the Victorian era gold rush.

As a child, Isaacs showed great educational promise becoming fluent in Russian and German: later in life he added Italian, French, Greek, Hindustani and Chinese to his list of languages, taking every opportunity to speak with immigrants.

Isaacs gained a law degree and practised at the bar. He was elected to the first federal Parliament in 1901 and became Governor General in 1930. He was the first to live permanently at Government House, Canberra. 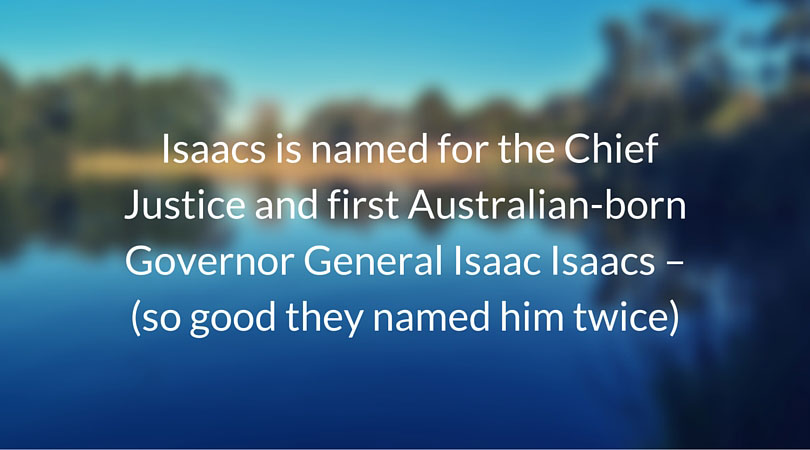 Origins and Geography of Isaacs

The suburb is surrounded by stunning bush-land such as the Long Gully Pine Plantation and Isaacs Ridge. Its boundaries are Yamba Drive and Ngunawal Drive. It also contains the Canberra Nature Park of Isaacs.

In 2011, Isaac’s population was 2352. It has the tenth highest population of foreign-born residents in Canberra at a whopping 36.8%. 61.3% of the population are Australian-born and 0.7% residents are indigenous.

Isaacs’ street name theme is education, so its streets are named for academics and teachers. It’s nice to see some women in the list – as most of the older suburbs are named after male explorers and settlers!

What To See in Isaacs

Isaacs is known for its downhill mountain bike trail, the shortest but one of the most technical in Canberra. It takes in rocky terrain, multi-use trails and steep descents.

Recently government funding was raised to make the mountain bike trails safe, as many unofficial ones had been carved by adventurous bikers.

Isaac Ridge is also open for walkers, horse-riders, and orienteering. It’s a full 23 hectares of pine plantation and breath-taking views. This is a popular area for outdoorsy people who enjoy fresh air and wildlife – kangaroos aplenty have been spotted grazing on the ridge. 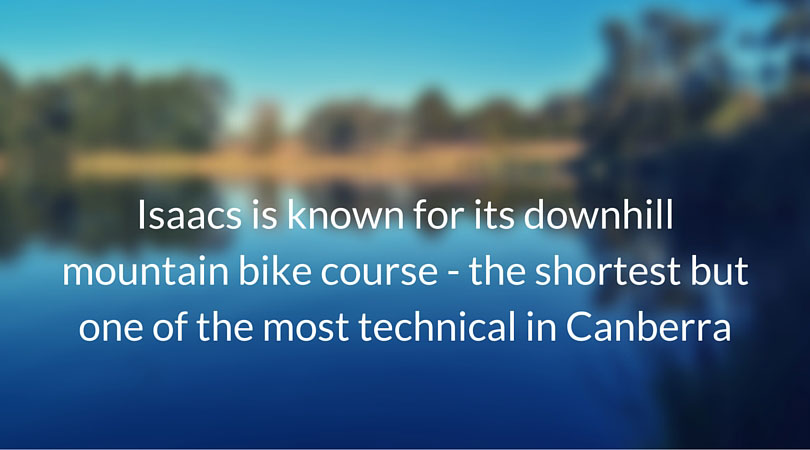