Griffith is a beautiful suburb of Canberra, quite close to the Corinna Dental Deakin practice. The residents of Griffith love their 3 km² suburb because it’s practical and beautiful – a combination rarely found. Did you know it’s one of the oldest of Canberra’s suburbs? Here are some more interesting facts about Griffith.

What’s In a Name?

Griffith is named after Sir Samuel Griffith who was the High Court of Australia’s first Chief Justice and known for his role in creating the Australian Constitution. He became Chief Justice in 1903 and kept the title until 1919 when he retired after suffering the effects of an earlier stroke. Griffith was born in Wales, UK and emigrated to Australia with his family when he was 8 years old. 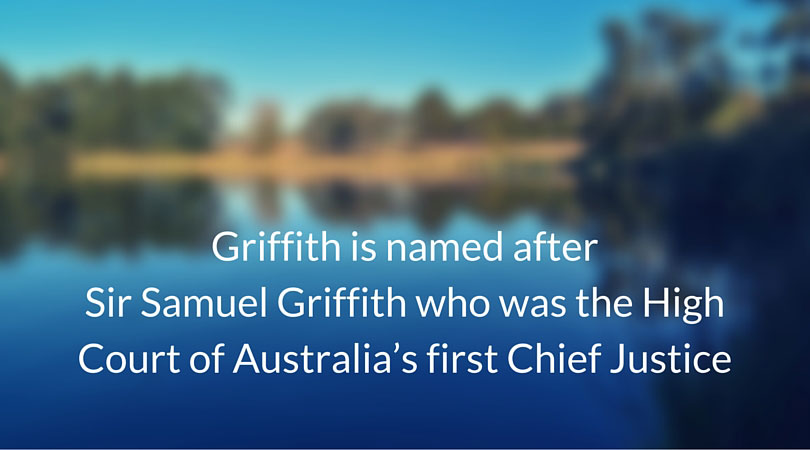 The Origin and Geography of Griffith

We’ve already said Griffith is one of the oldest suburbs in Canberra, so it’ll come as no surprise that it was planned by Walter Burley Griffin. He designed the layout in 1918 and residents began to move into the area in 1928. When Walter Burley Griffin designed the layout one of his important principles was the alignment of streets towards views of ‘topographical features’. So, we have Stuart Street and Bannister Gardens that look directly upon Black Mountain, and Mount Ainslie is aligned with McKinlay Street and Sturt Avenue.

Street Names in the Suburb

As with a lot of the older suburbs Griffith is named after the explorers and settlers of the area.

In 2011, there were 3900 lucky people living in Griffith. The median age was 38 and most of the population were employed in central government administration.

Families with children are the most prevalent households in Griffith, which makes it strange that there are no state schools in the suburb! Primary students travel outside the area to Forrest Primary or Red Hill Primary; highschoolers are in area for Telopea Park School, and many Year 11 and 12 students attend Narrabundah College.

The Primary school of the Embassy of the Russian Federation in Australia was established in Griffith in 2001 for children of Russian civil servants.

Griffith features the Manuka Shopping centre, the Blandfordia 5 precinct, The Manuka Oval, and St Paul’s Anglican church which are all highlights of the area.

People love Griffith for its mix of shopping, sporting facilities and open spaces – it has 20 parks which cover approximately 12% of the suburb! It peaceful, beautiful and has all the conveniences a modern family needs.

Our nearest practice is Corinna Dental Deakin which is only 7 minutes away in clear traffic via Canberra Avenue and Adelaide Avenue . Find us near Alfred Deakin High, just down the road from the Royal Australian Mint.