Tooth decay is considered to be Australia’s most chronic disease for children and is five times more prevalent in children than asthma. It has been such a growing health concern that the Australian Dental Association’s Dental Health Week campaign ‘Stop the Rot’ focused specifically on the oral health of children in 2012.

In a recent report by Colgate some disturbing facts were revealed: 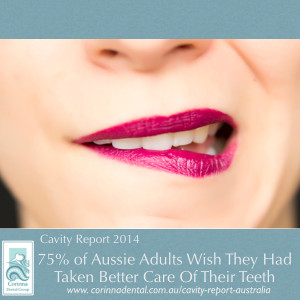 On Appearance of Teeth

And in Australia it seems there is much regret about dental health: Almost 75% of Australian adults wished they had taken better care of their oral health earlier in their lives.