Prolonged breastfeeding has long been blamed for contributing to tooth decay, but there is strong evidence which suggests otherwise. There are a variety of factors which cause Early Childhood Caries (ECC) but breastfeeding does not appear to be one of them.

Inconclusive studies were conducted in the 1970s and 1980s which suggested that breastfeeding for an extended period of time caused tooth decay in infants. However, review of these reports has demonstrated that the number of case reports used in these studies were small, and that the dentists themselves had a limited understanding of breastfeeding at that time. In short, researchers have determined that a relationship between breastfeeding and early childhood caries is unproven. 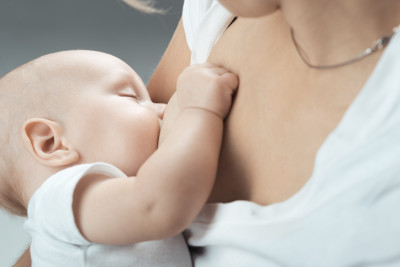 In more recent times, further evidence-based research opposes the idea that breastfeeding is a cause of tooth decay. In fact, research suggests that breastfeeding may actually protect against tooth decay, whereas artificial milk may play a role in its development. Antibodies in breast milk help to impede bacterial growth (including Steptococcus mutans, which is the bacterium that causes tooth decay) https://www.breastfeeding.asn.au/bfinfo/breastfeeding-and-tooth-decay .

The evidence indicates that drinking milk from a breast is significantly different to drinking milk from a bottle. Bottle-feeding often means that the milk going into baby’s mouth can settle around the teeth. On the other hand, breastfeeding babies draw the nipple deep into the mouth so that the milk is released into the throat and swallowed. Therefore, if a baby falls asleep with a bottle, the teat will keep leaking milk into the mouth causing the sugars from the milk to affect the teeth. However, the breast will not continue to release milk unless there is a sucking action from baby.

There are various other factors which can cause tooth decay in babies. Some of these include:

You can read more about these factors here.

There are other articles in recent Dental Journals that also support the conclusion that breastfeeding does not directly cause tooth decay in babies:

Journal of The American Dental Association, 2013: [In block quotes] “The American Academy of Pediatrics, Elk Grove Village, Ill., recommends that breastfeeding should be exclusive for about the first six months of life and should continue, with the introduction of appropriate complementary foods, to at least age 12 months or beyond, as desired by mother and child.”

Epidemiological research shows that human milk and breast-feeding of infants provide general health, nutritional, developmental, psychological, social, economic, and environmental advantages while significantly decreasing risk for a large number of acute and chronic diseases. Human breast milk is uniquely superior in providing the best possible nutrition to infants and has not been epidemiologically associated with caries. Frequent night time bottle-feeding with milk is associated with, but not consistently implicated in, early childhood caries (ECC). Breastfeeding >7 times daily after 12 months of age is associated with increased risk for ECC. Ad libitum breastfeeding after introduction of other dietary carbohydrates and inadequate oral hygiene are risk factors for ECC*.

Source: Policy on Dietary Recommendations for Infants, Children, and Adolescents

Pediatrics (The Official Journal of the American Association of Pediatric Dentistry), 2007:

Source: Association Between Infant Breastfeeding and Early Childhood Caries in the United States

Breastfeeding Gets The Dental Green Light

Without strong evidence to suggest otherwise, it seems that nursing mothers finally have the dental profession’s support to breastfeed their little ones for as long as it suits both mother and child. Naturally, whilst being breastfed, a child’s oral hygiene should be optimal and their dietary sugars kept to a minimum (which is good advice for children of all ages!).

The friendly team at Corinna Dental would be happy to answer your questions about breastfeeding and its likely effect on your baby’s oral health. Please call any of our three locations to make an appointment.